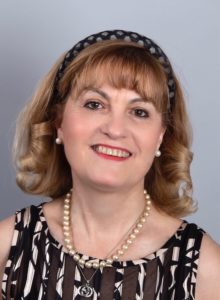 Pianist Dana Protopopescu, a disciple of Karl Engel , made her orchestra debut at the age of 16 in Romania, her native country. Three times she has received the Music Critics Award for outstanding musicians, including more recently for the publication of her biography titled “Unforgettable Reverberations” by the Romanian publisher Romania Muzicala.

During her career, she has worked with many renowned conductors such as Horia Andreescu, Louis Langrée, Alexander Rahbari, and collaborated as a chamber musician with violinists Augustin Dumay, Mihaela Martin, Liviu Prunaru, cellists Frans Helmerson, Gary Hoffman, Ivan Monighetti, Maria Kliegel. She has performed in Abu-Dhabi, Barcelona, Boston, Brussels, Geneva, London, Madrid, Moscow, Montréal, Paris, Séoul, Washington D.C…Dana has also participated in many prestigious festivals, including the Enescu and Celibidache Festivals, the Prague Festival, the Casals Festival in Spain, the Ravello Festival in Italy, the Wiltz Festival in Luxemburg, the Kfar-Blum Festival in Israel, Arhus Festival in Denmark. In addition to her performing, Dana has taught piano and chamber music in several Masterclasses including Luxemburg, Tuscania-Italy and Chapel Hill, North Carolina USA.

Dana has been a coach in the violin class of Augustin Dumay and currently in the cello class of Gary Hoffman in the Queen Elisabeth Music Chapel in Belgium. She was also many times official pianist of the Queen Elisabeth International Music Competition, together with other International Competitions such as ARD in München, Sibelius in Helsinki, Naumburg in New York, Montréal or London and Master Classes of  Z. Bron, P. Amoyal, I. Oistrakh and many others…