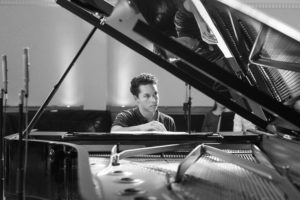 He has played piano concertos with the Residentie Orkest and the Nederlands Kamerorkest. In 2020 Avrotros presented his debut CD with works by Schumann, Scriabin, Brahms and Bach. Nikola formed a piano duo with Igor Roma, Anna Fedorova and Enrico Pace. He is a regular guest in festivals: the Storioni Festival, the Chamber Music Festival Schiermonnikoog, Festival Classique, festival Classical NOW! and the Gwyl Machynlleth Festival in Wales.

Since 2022, he’s an Artist in residence at the Queen Elisabeth Music Chapel in the class of Frank Braley and Avedis Kouyoumdjian.