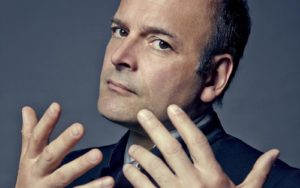 In 1984, he won First Prize in the Busoni Competition and was also a prizewinner at the Leeds Competition. He performs with the OSESP Sao Paulo and the complete Liszt “Annees de Pelerinage” in recital for them. In Australia, Mr. Lortie performs with WASO/Perth and with the Adelaide Symphony. He performs Liszt “Annees” for the Chicago Symphony and for the annual Liszt Festival in Raiding, Hungary. Lortie gave recitals at London’s Wigmore Hall and an extensive recital tour in Italy. He performed and recorded with Sir Andrew Davis and the BBC Symphony. His play/conduct engagements are with great orchestras world-wide.

He has made more than 45 recordings for the Chandos label, covering repertoire from Mozart to Stravinsky, including a set of the complete Beethoven sonatas and the complete Liszt “Annees de Pelerinage”, which was named one of the ten best recordings of 2012 by the New Yorker Magazine.  His recording of the Lutosławski Piano Concerto with Edward Gardner and the BBC Symphony received high praise, as did a recent Chopin recording (he is recording all of Chopin’s solo piano music for Chandos), which was named one of the best recordings of the year by the New York Times. Recently released recordings are Chopin Waltzes (“This is Chopin playing of sublime genius”- Fanfare Magazine), Saint Saens’ Africa, Wedding Cake, and Carnival of the Animals with Neeme Jarvi and the Bergen Philharmonic, and Rachmaninov’s complete works for two pianos with Hèléne Mercier. Future recordings are Poulenc works for piano and orchestra with the BBC Philharmonic, Faure piano works, and Scriabin piano works. For the Onyx label, he has recorded two acclaimed CDs with violinist Augustin Dumay.

Mr. Lortie is a Master in Residence at The Queen Elisabeth Music Chapel of Brussels.