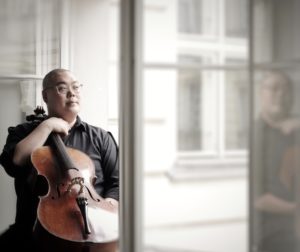 Described as “authoritative, poised, and dripping with élan” (Jonathan Freeman-Atwood), 25 year-old South Korean cellist Daniel Hamin Go is making a name for himself as a special emerging talent.

Daniel’s season includes performances at Krzyzowa Music (Poland) and Mendelssohn on Mull (UK), the recording of his debut album on Linn Records, and serving as artist-in-residence at the Queen Elisabeth Music Chapel under the guidance of Gary Hoffman
and Jeroen Reuling.

Daniel received his Bachelor of Music at the Manhattan School of Music under the guidance of Julia Lichten and David Geber, Master of Music at the Hochschule für Musik Hanns Eisler in the class of Nicolas Altstaedt, and as a recipient of the Bicentenary Award and the Drake Calleja Trust Award, Daniel completed an Advanced Diploma at the Royal Academy of Music.

Daniel plays on a Francesco Rugeri 1690, generously on loan from a private sponsor.