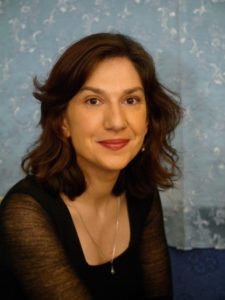 Born in Lyon, Sophie Raynaud studied at the CNSMD in Paris, from which she graduated in 1993 with First Prizes in voice conducting, chamber music and piano accompaniment. She was then Jane Berbié’s assistant for the advanced courses at the CNSMDP. After working for a year at the Centre de Formation Lyrique de l’Opéra Bastille, she was appointed conductor at the Vienna Staatsoper in 1996. From 2002 to 2006 she worked for the Zurich Opera and since 2006 for the Bayerische Staatsoper.

She is in great demand as a conductor at renowned opera houses such as the Théâtre du Châtelet, Theater an der Wien, La Fenice and the Salzburg Festival. She is also often asked to act as a vocal coach for recordings, most recently for Jonas Kaufmann on Sony and for Marina Rebeka on Prima Classic.

She has taken part in numerous Master Classes: Christa Ludwig (the Master Class at the Volkstheater in Vienna was published on DVD by Arthaus), Walter Berry (Mozarteum Salzburg), Kirsten Schötteldreier (Sawallisch Stiftung). She has also accompanied numerous international competitions (Placido Domingo in Paris, Belvedere in Vienna).

She has performed in concert with the Members of the Bavarian Orchestra at the Munich Festival, as a soloist with the Munich Chamber Orchestra and the Munich Radio Orchestra and gives regular recitals with Yann Beuron, Nicola Beller-Carbone, Angela Brower, Lise Davidsen, Sophie Koch, Anaik Morel, Elena Tsallagova, Michael Volle, Okka von der Damerau.

Since 2014 she has also been teaching young pianists at the Opera Studio in Munich in the accompaniment speciality and giving seminars at the Universities of Munich, Bremen and Bern for singers wishing to improve their skills in the French repertoire.

Two CDs, with mezzo-soprano Sophie Koch, have been released on the Le Chant du Monde label, the first one dedicated to Lieder by Schubert and Wolf, the second one, with the Castagneri Quartet, dedicated to French music (Fauré and Chausson).

Since September 2019, she has been a coach in the singing section of the Queen Elisabeth Music Chapel, alongside José van Dam and Sophie Koch.