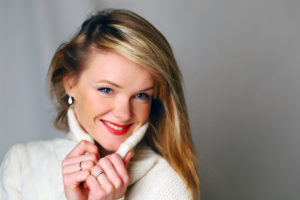 Olga Kirpicheva was born in 1987 in Tolyatti, Russia. She began the piano at a very young age and began her music studies at the School for Gifted Children. From 2006 she pursued her training at the prestigious Tchaikovsky Conservatoire in Moscow in the class of the great teacher Elisso Virsaladze. At the same time, she pursued a class in accompaniment and chamber music at the same Tchaikovsky Conservatoire until 2011. In 2013 Olga Kirpicheva went to Paris to enroll in the class of Itamar Golan in the Conservatoire of Paris in order to perfect her skills in chamber music.

She was 13 when she first performed in concert abroad, taking part in the festival organized by Russian violinist Vladimir Spivakov at Colmar. Following her participation in the festival, she obtained a study grant from the Russian Ministry of Culture. From the age of 10, Olga Kirpicheva has taken part in piano competitions; at 15 already she participated in competitions outside Russia. Olga Kirpicheva is the laureate of many prizes: First Prize at the “Beethoven Days” competition in Moscow and First Prize at the Concertino Praga competition in the Czech Republic, among many others, including Second Prize at the “Palma d’Oro Concorso” (Italy). Olga is also a laureate of the Ettlingen International Competition for Young Pianists (Germany) and in 2013 won the Denis Antoine Prize of the AVC Charity Foundation at the Piano Campus competition in Pontoise. Besides Elisso Virsaladze, the remarkable personalities that contributed to forge Olga’s talent at the piano include the professors J. Rouvier, D. Bashkirov, E. Krasovsky, V. Krainev, J. Ribera and Michel Beroff. Together with violinist Vera Lopatina and cellist Jeremy Genet, Olga founded the Trio Medici, with which she performs many concerts. Today Olga Kirpicheva is pursuing a career as a soloist and chamber musician. Besides her native Russia she has performed in France, Belgium, Denmark and Italy.

Since her residency began in 2016 at the Queen Elisabeth Music Chapel as a member of Trio Medici, she has accompanied young artists in the violin and viola section.