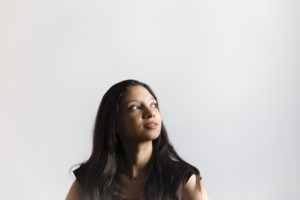 Nour Ayadi was born in Casablanca, Morocco, and began playing the piano at the age of 6. At age 17 she was admitted to the Conservatoire of Paris, in Claire Désert’s class, and to the École Normale de Musique Alfred Cortot. She moved to Paris to pursue her musical career and to complete her final school year (Terminale Scientifique) and a baccalaureate, graduating with distinction.

The Prix Cortot gave her the opportunity to perform at several festivals: the International Piano Festival of La Roque d’Anthéron, the Folles Journées de Nantes, the Glafsforden Musik Festival in Sweden, the Chopin-Nohant Festival, the Solistes à Bagatelles, and the Pianissimes. She was also able to play with the Opéra de Massy Orchestra, the Orchestre Royal de Chambre de Wallonie, the Moroccan Philharmonic Orchestra and, soon, the Orchestre des lauréats du Conservatoire and the Orchestre de Paris. She has performed in such prestigious venues as the Musikverein (Vienna), Flagey (Brussels), Salle Cortot (Paris), Opéra de Dijon, Opéra de Massy and La Seine Musicale, among others.

In 2020 Nour released her first album, featuring works by Robert and Clara Schumann as well as Stravinsky, which was broadcast on France Musique and the Women’s Radio Station in London.

Alongside her budding career as a soloist, Nour is studying for a master’s in public affairs at Sciences Po in Paris, where she is involved in cultural projects at the French National Assembly, the UN in Geneva, and UNICEF.

After obtaining a master’s degree with distinction from the Conservatoire, Nour joined the 2021–22 class of artists at the Académie Jaroussky and is studying for an artist diploma at the Conservatoire of Paris.

Nour is also interested in the teaching aspect of the musician’s profession and is following an educational course at the Conservatoire of Paris. This has enabled her to work on several outreach projects in partnership with the Philharmonie de Paris, among others.

Since September 2021, Nour has been artist in residence at the Queen Elisabeth Music Chapel, where she is accompanied and supervised by Louis Lortie and Avedis Kouyoumdjian.

She also works with the famous teacher and pianist Nelson Goerner in Geneva, as part of the Master Soloist program at the Haute École de Musique, which she will complete at the end of 2023.

Her future engagements include a series of concerts with the Orchestre de Paris at the Philharmonie, chamber music recitals with cellist Marc Coppey and violinist Emmanuel Coppey, Mozart’s Concerto K. 459 with the Orchestre Royal de Chambre de Wallonie, and the preparation of her second solo album.