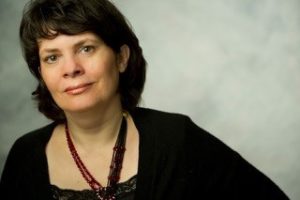 Hélène Lucas perfected her skills in the lied and melody under Ruben Lifschitz, having accompanied several of his workshops. Since then she has partnered with such singers as Stéphane Degout, Karine Deshayes and Doris Lamprecht for recitals in France and abroad. The Abbey of Royaumont has often called on her to collaborate on workshops hosted by internationally renowned artists. Together with Cyrille Gerstenhaber, Hélène Lucas has recorded melodies by Théodore Gouvy, a recording that was critically acclaimed. She has recorded with Karine Deshayes, and with the collaboration of Stéphane Degout, melodies by Gabriel Fauré, a CD that won both the Prix Diamant Operalia awarded by Opéra Magazine and the Grand Prix de l’Académie Charles Cros. With Stéphane Degout, she has just recorded, for Naïve Records, “Mélodies”, devoted to the French repertoire.

Her longstanding collaboration with Stéphane Degout has enabled them to explore a wide repertoire of lieder and melodies. Together they have performed recitals at Théâtre du Châtelet, Théâtre des Champs Elysées, the Louvre Auditorium, the Berlin Philharmonic, in Liège, at Concertgebouw Brugge, and at Palazzetto Bru Zane in Venice. They have appeared at the operas of Lausanne, Lyon, Nantes and Bordeaux as well as at La Monnaie in Brussels and at the Lincoln Center in New York. They have taken part in the Festival d’Octobre in Normandy and concluded the Festival du Lied of Fribourg in Switzerland. Lastly, they have been also invited to perform at the French embassy in Rome and in Vienna. They have also given recitals at Concertgebouw Amsterdam and at the Wigmore Hall in London.